Dies-Last Dawnstalker is a notorious Garou who made his name and fame in the sept of the Blue Pelt. He was renowned for a number of not-so-good things. There were his bloodshedding cleansing rituals, his well-known infamy among spirits and the fact that he ran out on the sept the moment they needed him the most. Even against all of the forementioned sins, he is still considered wise and did a number of great things for the Blue Pelt sept and the garou nation in general.

This Shadow Lord lives by a disturbed personal morale, which is is definitely not in stride with the general thoughts of the Garou nation. Anything he considers weaker, or smaller, or actually anything that doesn't manage to claw itself on top at first sight is nothing but prey to him and treated as such.

These days, he is in retreat in the Carpathian mountains, traveling the peaks where the thunderstorms rage the hardest. It is possible to seek him out, though just getting there should prove quite a challenge already. 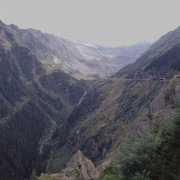 The umbral Carpathians, where storms ever rage

His appearance is dark, brooding, with eyes that glow with madness. There is a number of interesting and distinguishing traits:

Dies-Last was considered a bastard son, his mother tricked into sleeping with another Garou - a Shadowlord who was also a related nephew. As he grew up, he was quickly considered to be a disgrace on the Romenian family name and thus not worthy of living at all. Seeing she couldn't kill him directly, his mother send him off to the hardest of septs she could imagine, the "Open Grave" sept of Siberia.

There, in the frigid tundras, young Dies-Last survived a horrible test and gained his offical cub title. He was grouped with others - some kinfolk who might be garou, some kinfolk suffering punishements and a number of random mongrels. They were made to dig a huge hole and when it was done were told to climb down and push the ladders back upwards. A large wooden plank was then laid across the hole, atop of which again was lain a few feet of earth. After two days, Dies-Last was the only one to surface. It is said he walked away, turned back and cackled as he shoveled his escape hole shut before walking away.

For a very long time, he was a cub. He was not trusted by his elders for his continual raging against his fellow cubs, against the spirits and against everything else in the world. In an attempt to quench his fire, they send the young Dies-Last on a pilgrimage into the north. From there Dies-Last returned, wielding a dagger he named "Graan". He told the theurges he created this "fetish" himself. The sept Alpha, "Bark-eater", laughed heartily at these claims and challenged the cub to prove his dirk in a fight. After they seperated Dies-Last from the bloody (but living) mess that remained of the Alpha he was given his Cliath rank - and an exile.

Somehow, Dies-Last ended up in the sept of the Blue-pelt, which was in rough times. Here, he found himself treated as a useful garou. There were tight tensions with the other Shadow Lords such as Pawnbreaker, but these just seemed to fuel his energies - as he eventually formed a pack with them (the Wanderers of Twilight, of somewhat disputable name). As a fostern, he regained the right to use of his surname, 'Dawnstalker'.

A turning point was the moment Dies-Last met Harendotes, a Silent Strider, who turned out to be his half-sister of birth from his unknown father. Giving his missing parent an identity seemed to soften the shadowlord, eventually turning him into something a lot more sane. From there, he managed turn Keeper of the Land and Elder Theurge and eventually gain a strong hand in sept politics. It came as a cold shower on the sept when during the grand war of the four gates Dies-Last and Harendotes suddenly announced their leaving. Some have called it "fleeing", which is now widely considered much more appropiate.

Dies-Last and Harendotes gathered up two allies (Xavier and Second-to-None) and went to Romenia to have Dies-Last challenge his mother for the position of Adren. It is unknown what happened exactly, but weeks later the entire remaining family except for Dies-Last himself went missing and the Shadow Lord tribe crowned him Adren. It is whispered - but unverified - that the house of Dawnstalker managed to keep on top of the east so long by sacrificing "pure" children to a dark spirit that lived in their house. Something that this pack of four managed to call a halt on.

After these events, Dies-Last retreated into the Carpathian mountains. He since then once made a mysterious return to the Blue Pelt sept, to grovel at their feet and ask for forgiveness for fleeing out on them. This rather demeaningly turned into him kissing the ragabash Bjorn's feet. Of note is a black mask that he had given to Lightning-Caller as a token of honor. Both of these events are related to Grandfather Thunder.

Dies-Last and the Silver Fangs

Recently (august, 2008), Dies-Last was accused of attempting to poison the family of Silver Fang leader Prospero Fortunato von Leipzig. As a result, the elders of the Shadow Lords had decreed that Dies-Last has brought dishonour to his tribe and should he come to harm at the hands of a Silver Fang, this would be a rightful price to pay. Formally, this wrong has been righted later and the statement withdrawn, but anyone seeking to gain the favors of the von Leipzig family has a very clear goal.

As a result of the forementioned incident, Dies-Last has fully withdrawn from the Garou world. The Dawnstalker home and lineage title has been gifted to his nephew, Thomas Dawnstalker. The Silver Fangs claim that the theurge has succumbed to his madness, spending his last days naked and in filth, sleeping between the wild sheep that can be found in the Carpathian mountains.

Some call this a loss. Most don't. 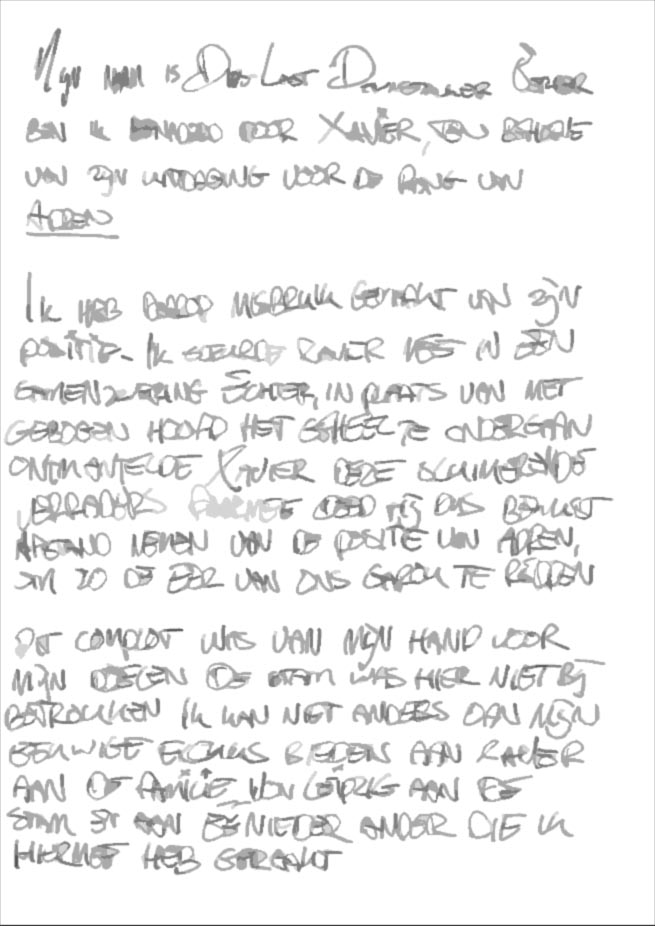 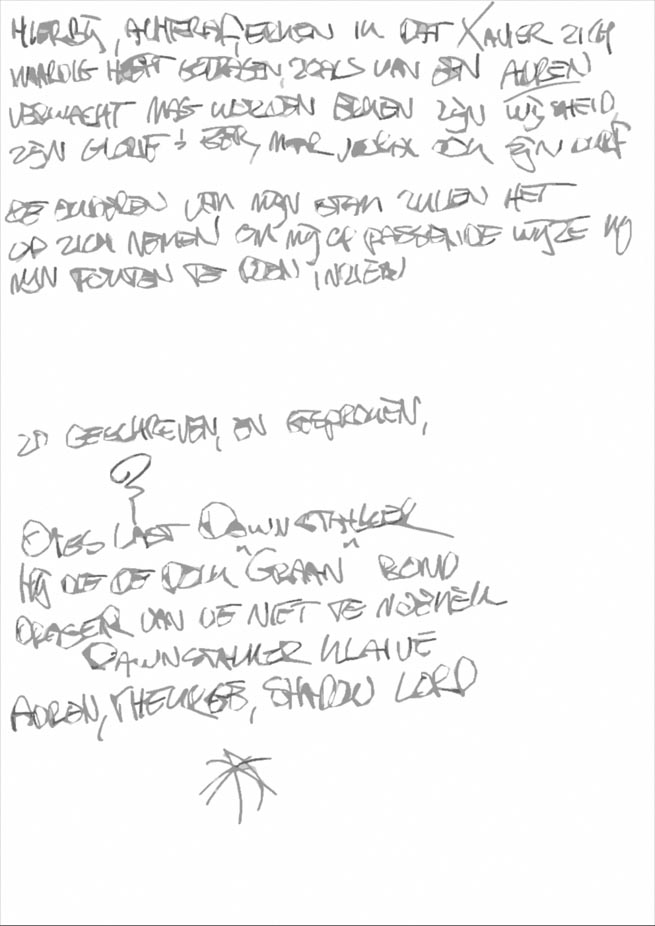